Tonight we went to a nice reception hosted by our church. It was a really nice time to meet the pastor in a small group setting. I think that including everyone, there were probably 25 people there. I sure did appreciate that he took the time to spend a Sunday evening meeting members.

Okay, that was the nice part; here is the funny part. So we left the kids home with Grandma. The last time we did that, the boy had fun by pushing the "page" button on the base unit and watching grandma run to answer the phone. I guess it took her about 7 or 8 times to figure out that no one was calling, he was just messin with her.

Tonight we came home to find our grocery list with a few additions. I sure am glad that our kids are growing up with a sense of humor. 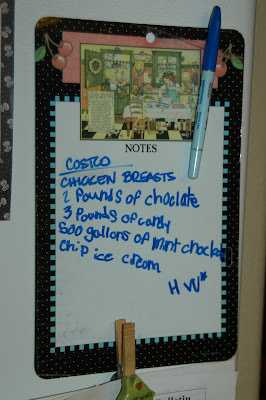 My neighbor is a bomb squad cop. They get all kinds of cool toys which they sometimes use to dismantle bombs. Recently he got a segway with off road tires. Today he let me and the boy ride it. It was pretty fun. 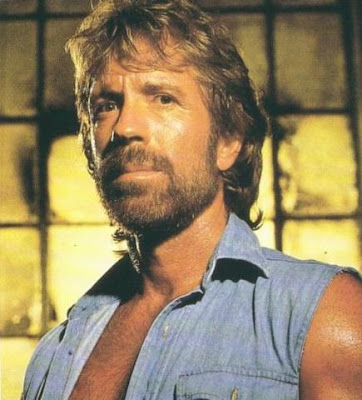 Chuck Norris Friday #4. Chuck Norris does not have a chin behind his beard, just a third fist. 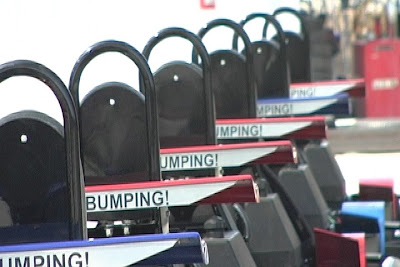 Today I filmed some stuff at Boomers. They have these go-carts there. From the look of them, they don't look like they go very fast. If you have known me for a long time, you might remember that my college job was the night manager of Malibu Grand Prix back before it was Costco. Those looked fast. Well anyway, the reason that I am gnarly is that part of this job was to get in the carts and ride along with one of their employees as he drove around the track as fast as was possible. The whole time I was looking through a viewfinder. Looking forward, sideways, and backwards as I filmed. Well, those carts are pretty fast and all that turning made me feel gnarly. I usually don't get motion sick but this time I did.
Posted by The Weaver's at 6:02 PM 2 comments:

Every job has fun stuff that you can do.

When you are a teacher, here is something really fun you can do. This week we were taking the California Standards Test. It basically is me handing out a big book and a scantron then watching for the next two hours to make sure someone does not cheat. The test directions say, "If you finish early, find a quiet activity to do." Well, this unnamed student decided to take a nap. Since that is the quietest thing he has done all year, I let him do it. As the test ended, I noticed that he was really out so I wrote on the board..."everyone exit really quietly" and then pointed to the sleeping student. The class played along and I was successful in getting all 35 students out without waking him. Once they were out, I stood at the door and let other students and staff members peek in to see. When he woke up, he was being watched by 3 other teachers. I was really hoping he would continue to sleep as I was going to try to get the next class in their seats and working before I woke him. (I actually pulled that one off during the 2005-2006 school year.) Sorry that the quality is low and looks as if I took it with my cell phone. I took it with my cell phone and was laughing too much to hold still. 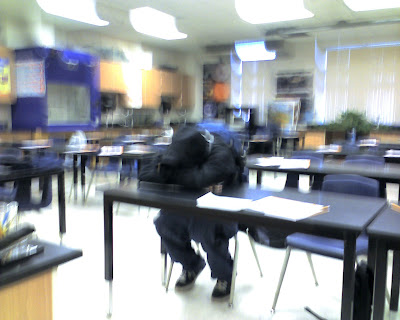 Whenever the kids get good grades we do something to reward them. This time we ordered Hannah a butterfly kit. The kit comes with a coupon for live painted lady butterfly larvae. The larvae arrived almost two weeks ago. They were a little bigger than a grain of sushi rice when we got them. Over a week, they grew to the diameter of a pencil and about an inch and a half long. At that time, they went into their chrysalis. Wednesday they started coming out as butterflies. The Daughter was very excited. This morning the kids got to watch as the last one emerged. This afternoon was when we released them. Our cat, Bootes decided to get into the show too. 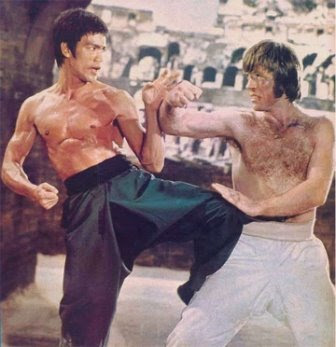 Chuck Norris Friday #3. When Chuck Norris does push ups, he does not push himself up... he pushes the world down.
Posted by The Weaver's at 10:05 AM 1 comment:

I usually don't think of work much once I get home. I think that is one thing I do pretty well... leave work at work. I am blogging about work because right now I am at work. The students are taking a practice test for the upcoming California Standards Test and I am all caught up with grading, so Blog I will. So today I received notice in my school mailbox about a "mandatory poster" that I am supposed to display in my classroom. This one has something to do with college requirements. (Actually pretty important compared to the others). It got me to thinking... how many of these "mandatory posters" do I have? I have three (English, Spanish and Hmong) because someone sued the state and part of the verdict was that I have a poster. I have some science safety stuff. I have the FUSD goals. FUSD core beliefs. I have posters telling the students what I am supposed to be teaching them; aka "course standards." I have about 10 mandated motivational posters. I have a poster that says if students bring drugs to school, they will be expelled. (Not true) When I counted them, I have 23 mandatory posters in my room.

Pretty soon I will not have space for science posters.

Once in a while, they send someone from the office to inspect. I think that might be an all day job now.
Posted by The Weaver's at 9:14 AM 3 comments: 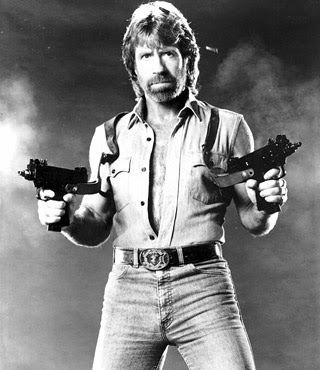 Chuck Norris Fact #2. When the Boogieman goes to bed at night, he checks his closet for Chuck Norris.
Posted by The Weaver's at 8:31 AM No comments: 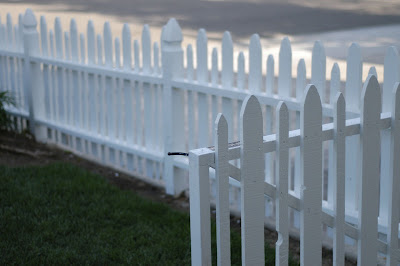 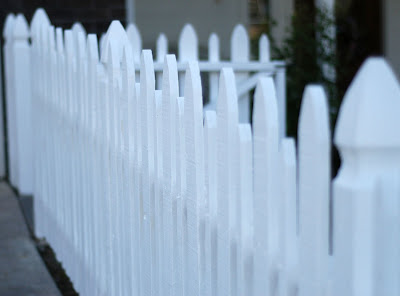 So you know those lists that everyone makes. You know, the kind where you put stuff on it and that stuff never comes off. Stuff like, "remodel kitchen". You know, stuff like that. Well today I finished a project that has been on my list for almost 3 years. I kept meaning to get around to it in the summer but it was always too hot. I finally painted the picket fence. When I built it 10 years ago, I made the mistake of buying the cheapest paint I could find. This time, I used the best. The coolest part of the whole deal was that before I painted it, I needed to re-nail the boards. When I built it, I used a finish nail gun and those little nails did not hold. This time, I decided to repair it using bigger nails. This resulted in me getting a big nail gun. Any job on the list that can result in a new tool to hang on the pegboard is a good job.
Posted by The Weaver's at 5:03 PM 3 comments:

For about a year there has been a new Internet and e-mail craze sweeping the galaxy. It's called "Chuck Norris Facts". I always enjoyed Chuck Norris movies and even got to meet him once back in my Karate days so I thought I would jump in on the fun. I have other buddies like Pat and Randy who have an ongoing segment on their blog so I decided to copy them and have one too. (They are cool so copying them is cool too.) So I present to you installment #1 of Chuck Norris Friday. 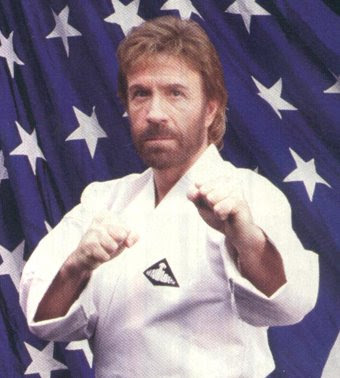 Chuck Norris Friday Fact # 1: Chuck Norris destroyed the periodic table of the elements because the only element he recognizes is the element of surprise.